The Challenge
The garage opened with standard ADA signage. After several years, and hundreds of lost drivers, the city realized it needed an improved wayfinding system. The parking garage operator was wasting a considerable amount of time helping lost drivers located their cars. The garage was a double-helix design (diagram below). Depending on where you entered, you would skip floors on the ascent unless you cross-over. The garage spanned an entire city block and had two elevators on the North and South. Visitors would also forget which side they came in on, further exacerbating the situation. 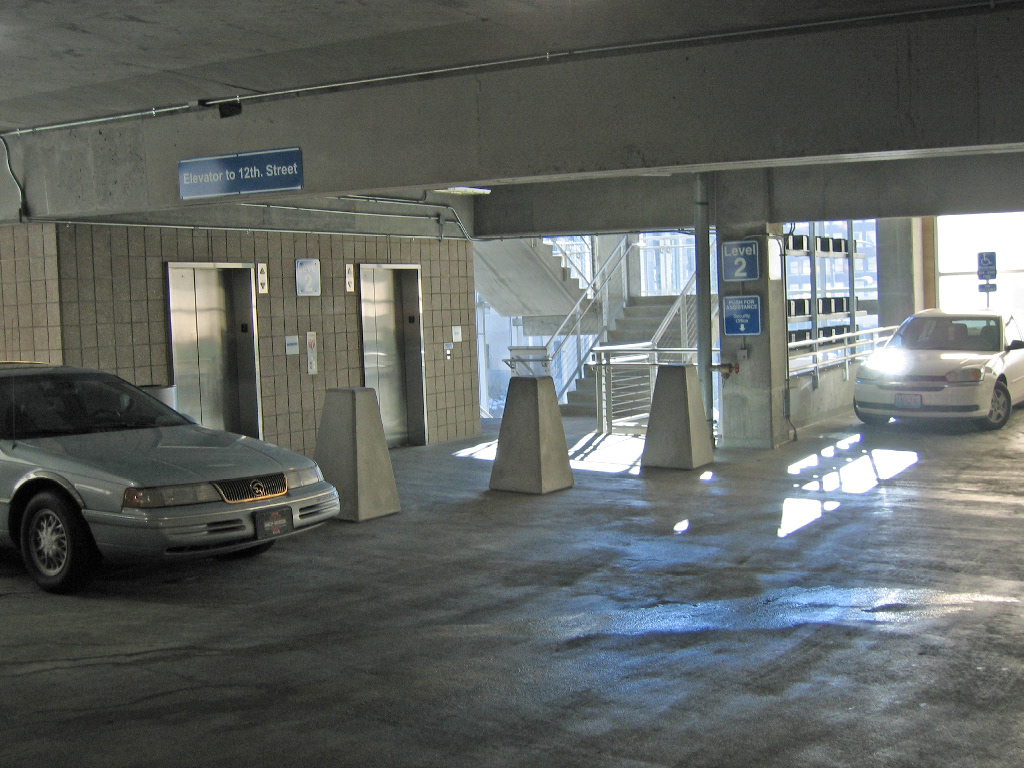 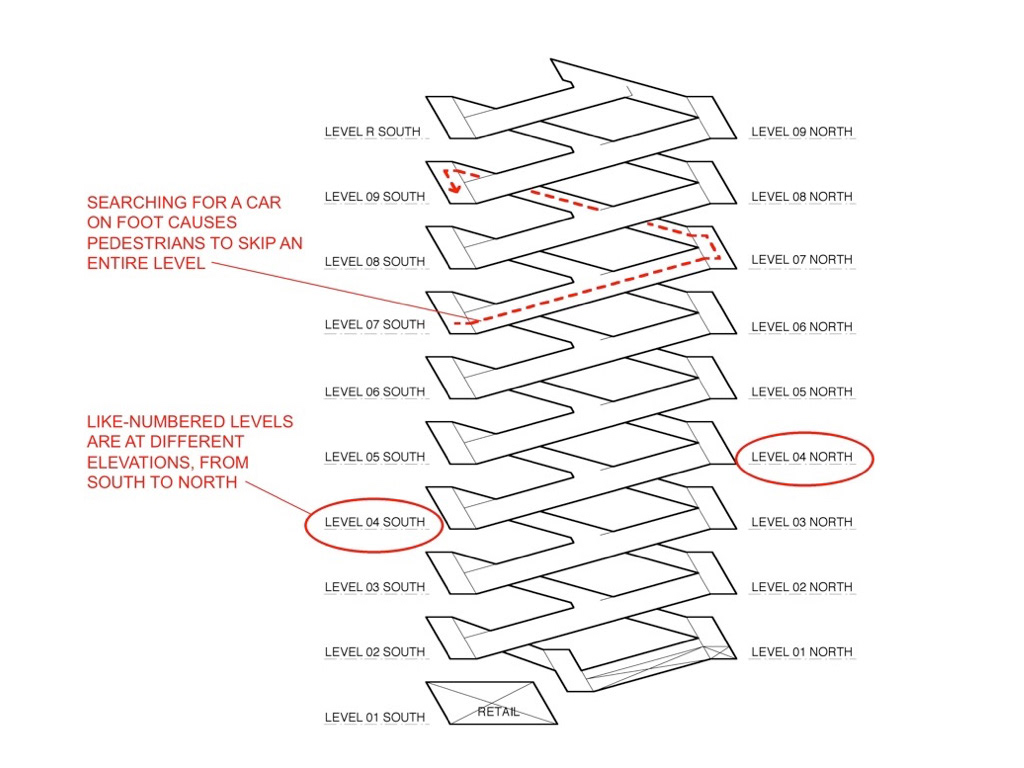 Usability Study and Research
We conducted a usability study and audit of the garage. We documented every entry and exit point. This allowed us to map out where signage would be most visible from inside the car and on foot. We also interviewed patrons and operators for the garage. We studied other garages and mechanisms for memory retrieval.
We conducted a memory study to test which stimuli would be most memorable, letters, numbers, colors, pictures. We would approach people and flash a stimuli. We would later return and test comprehension. Some cards would have one, some 2, some 3 variables (as shown below). What we discovered was that different people would recall color over a letter or number. But overall, people could recall a face. When we added a unique name to the mix, that stood out as well. 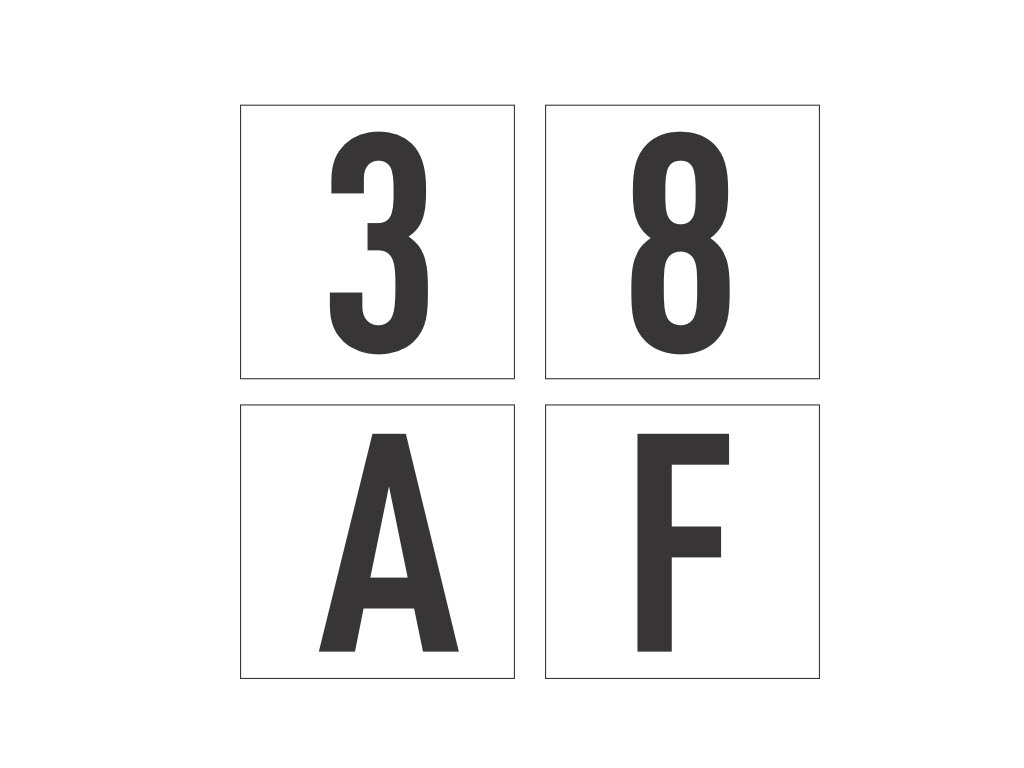 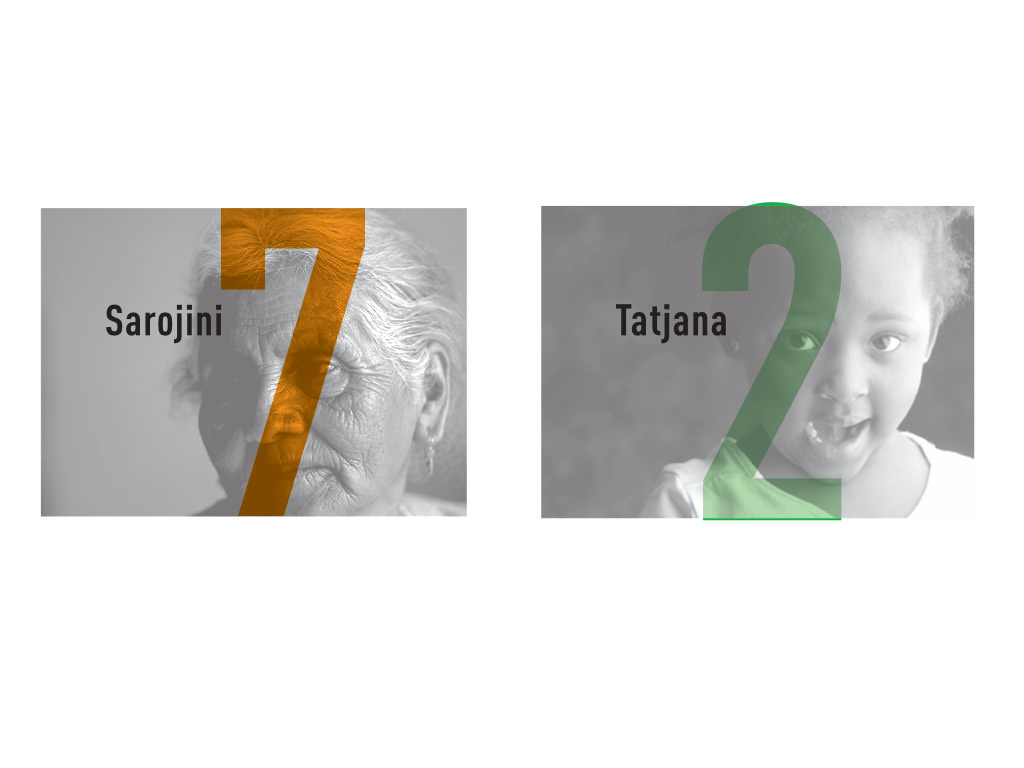 Design Solution
Based on user testing and prototypes, we used a variety of recognition tools to create signage at each level. A prominent face with unique characteristics would greet people first. We learned that people would remember a wrinkly face, or someone with glasses, or a hand over a mouth. We gave each person a unique name that ranged ethnicities and backgrounds. We also divided the garage between North and South with 2 colors (orange and green) and by gender (male and female). We also organized the faces by age from youngest at level 2, to oldest at level 9. This wasn't necessary but a surprise detail. 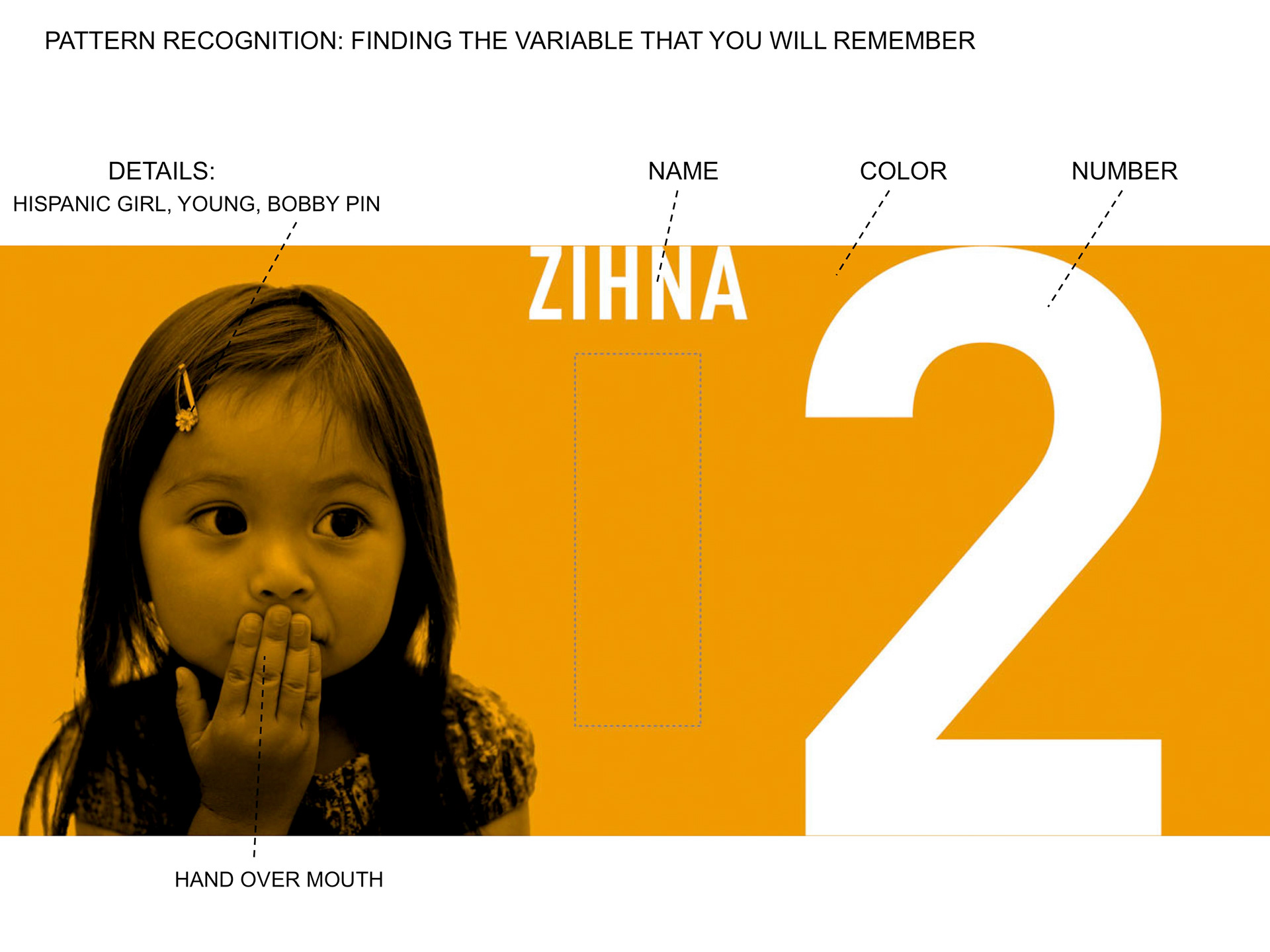 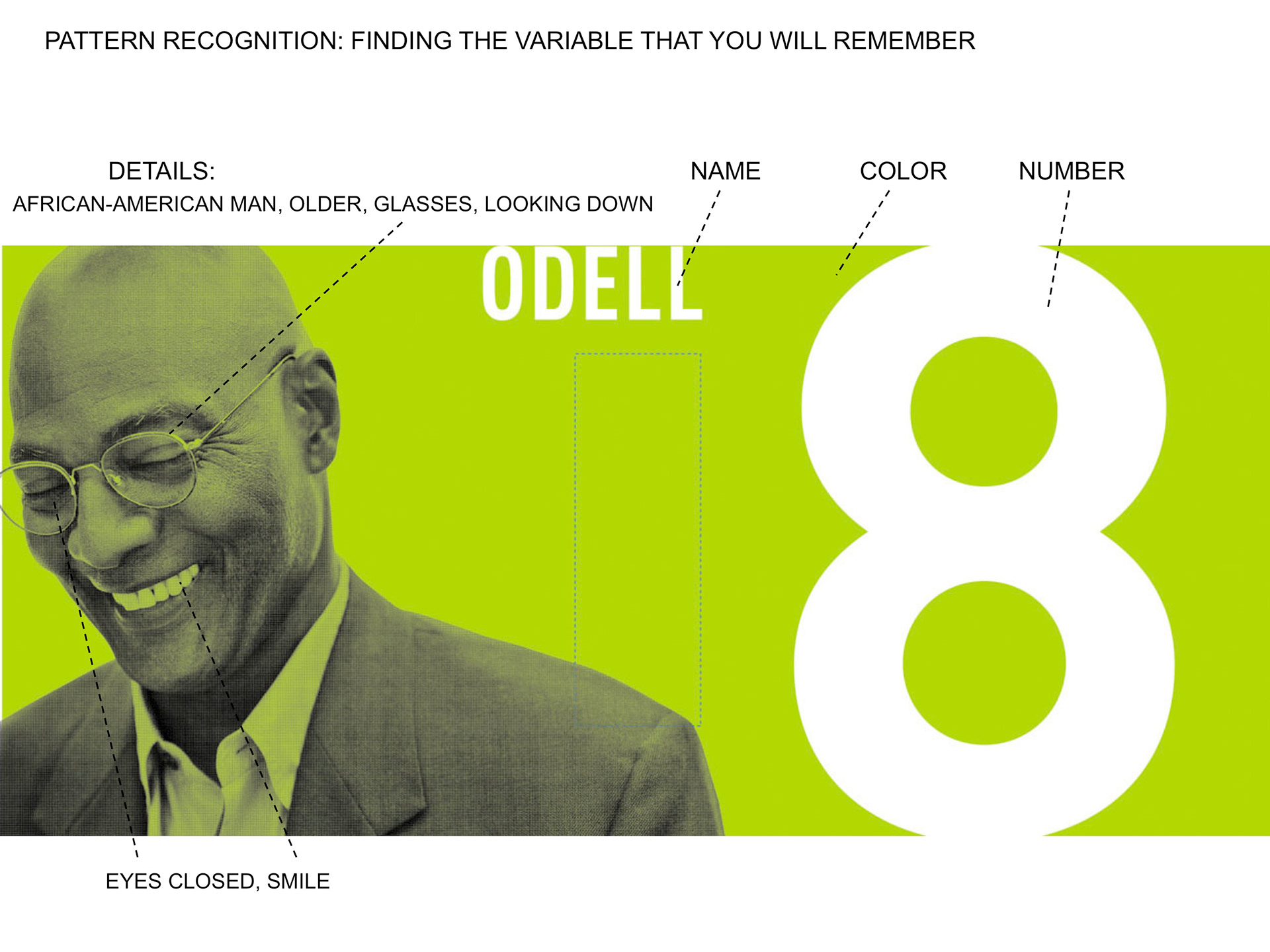 The Result
Lost patrons dropped dramatically at an estimated 80%. The project was also published in Architectural Record. 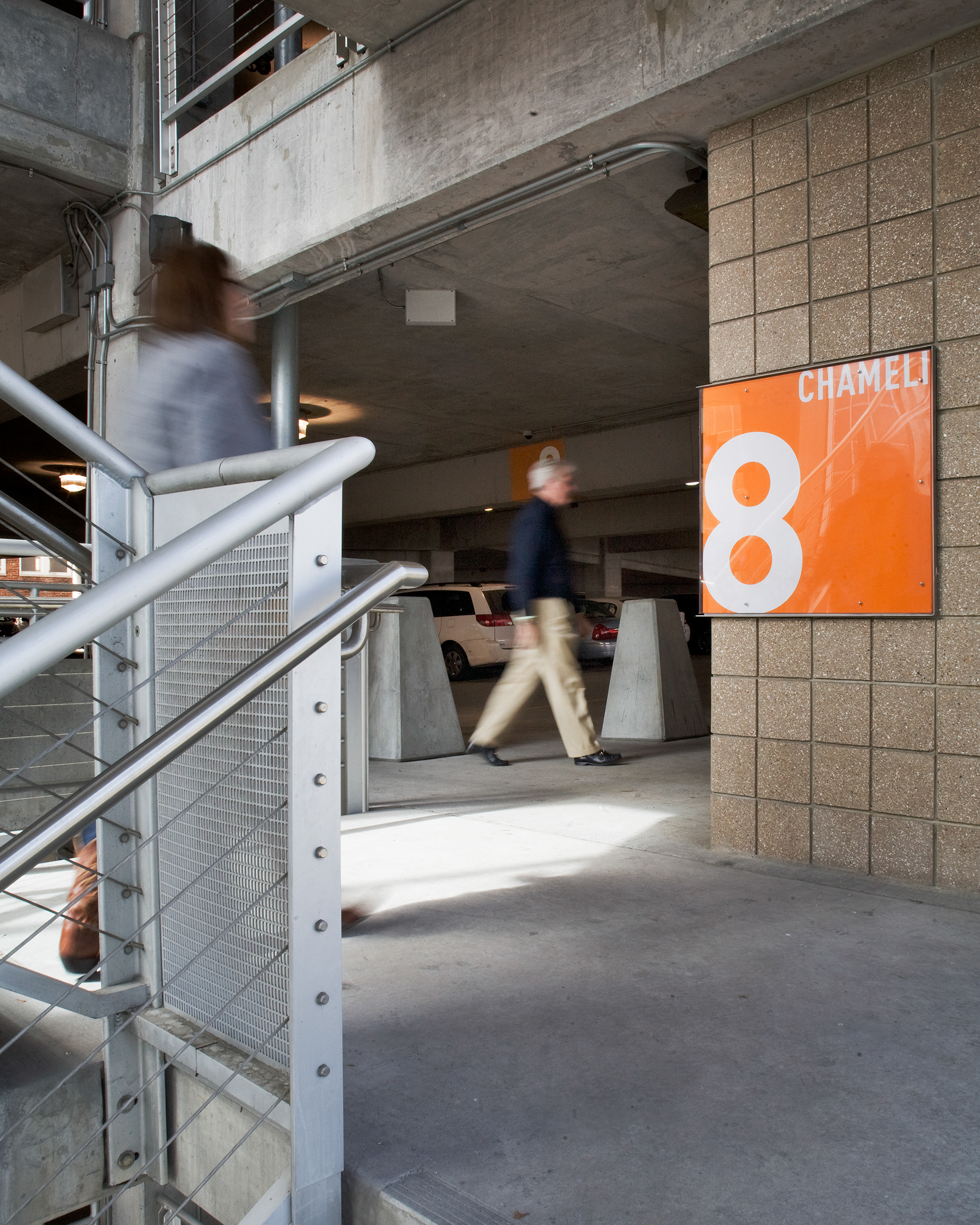 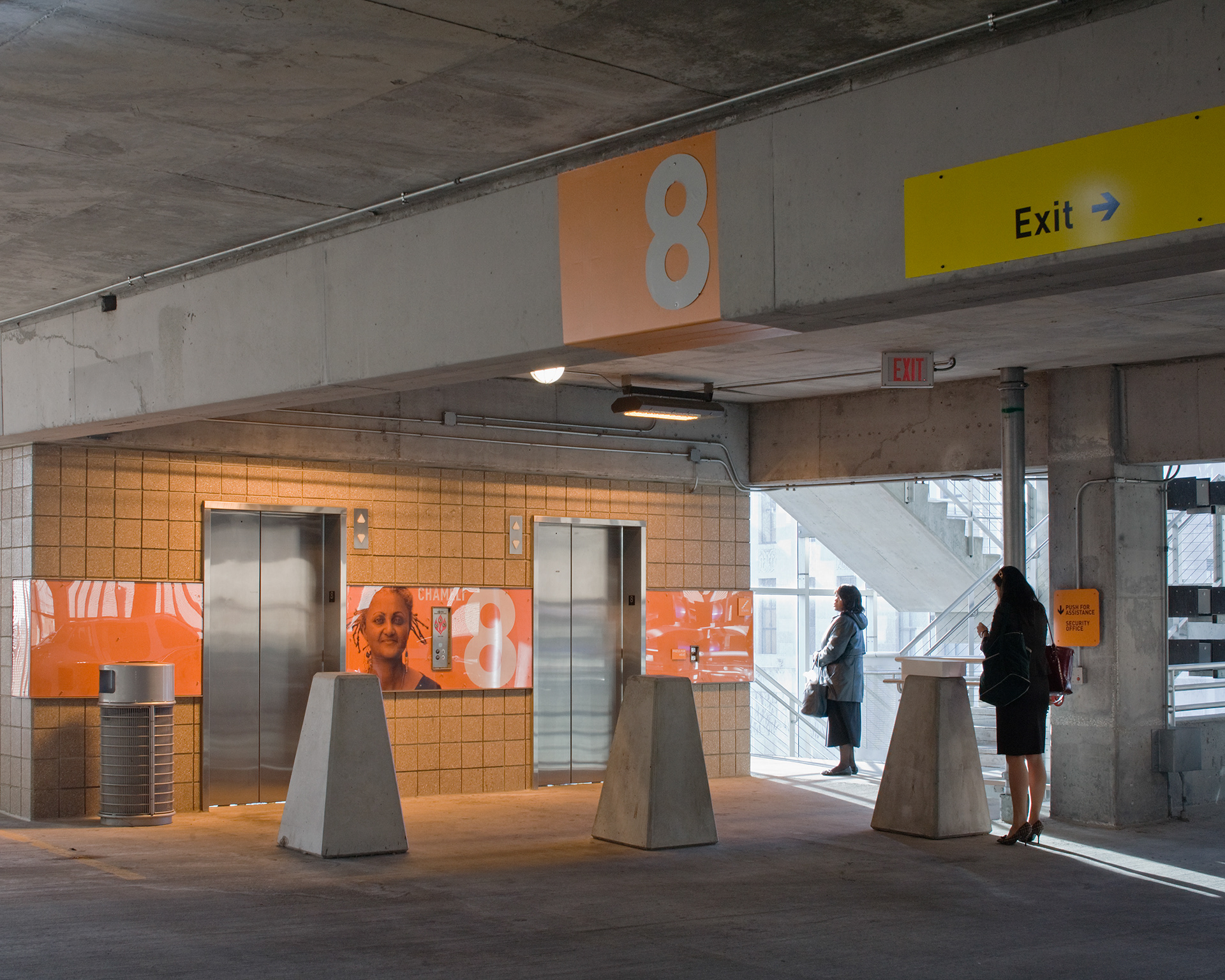 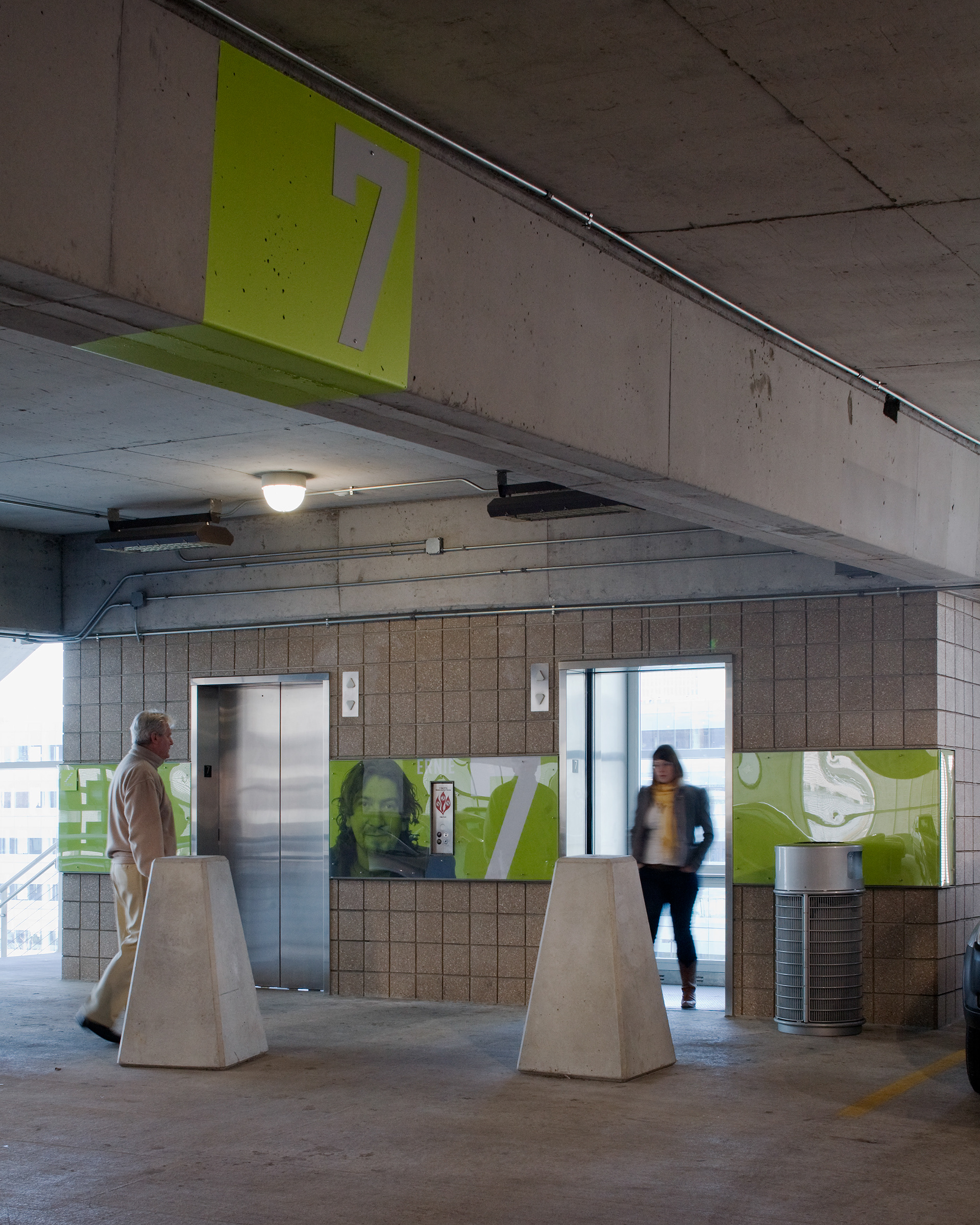 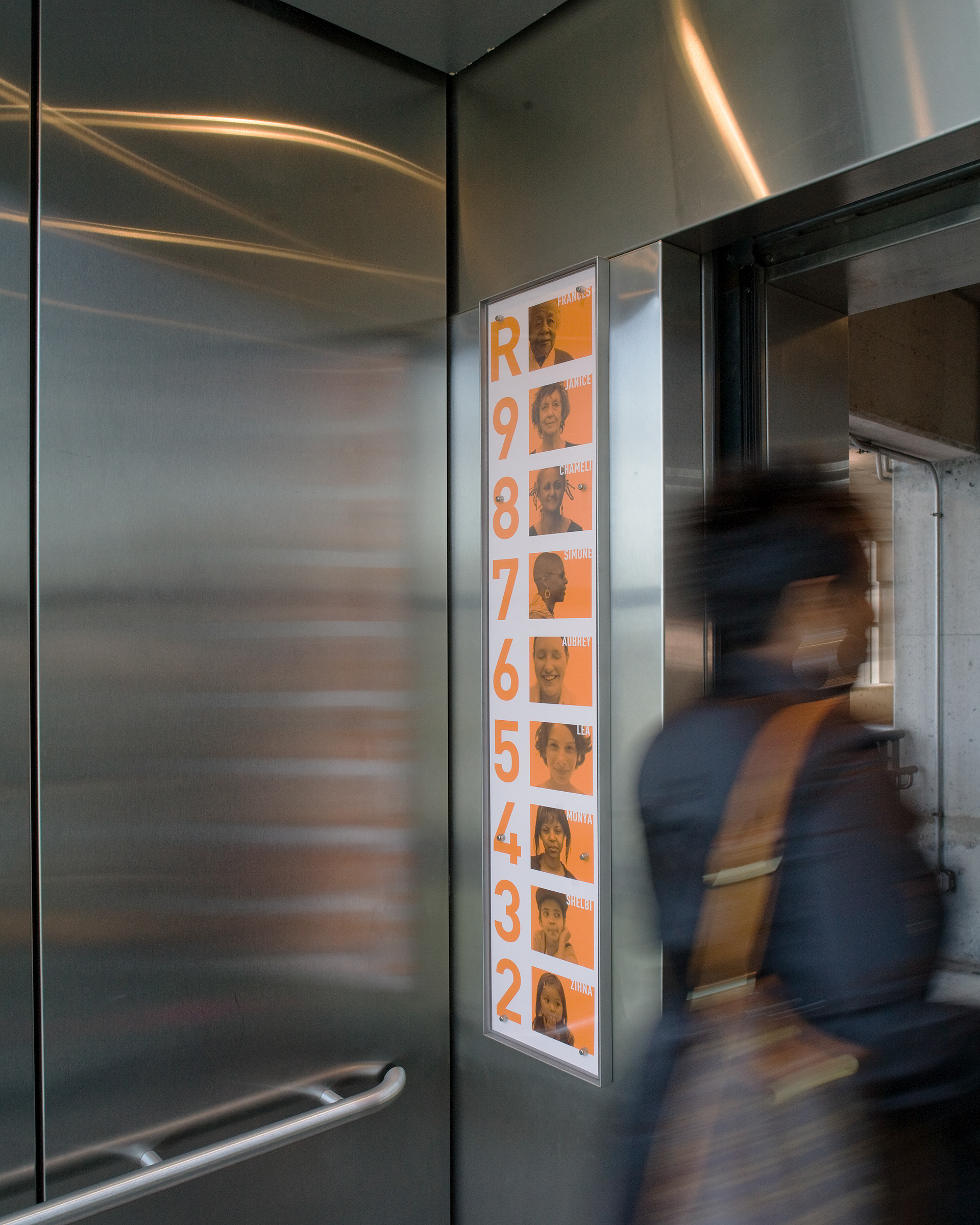 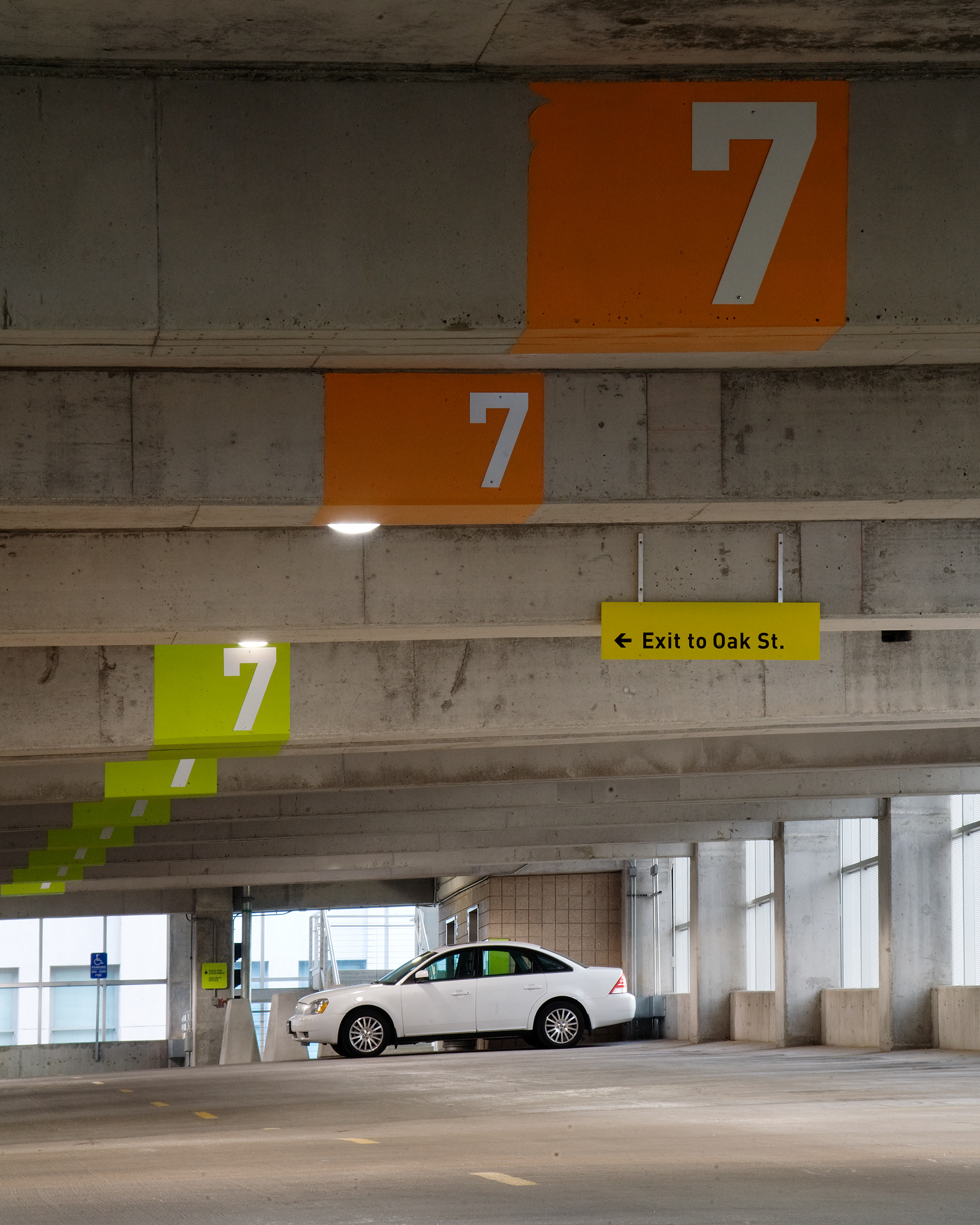 Opening the doors on Health Insurance

Cultivate KC
↑Back to Top

Insert copy here, which should vary depending on your region. Accept